Be Aware Of These 14 Heart Attack symptoms 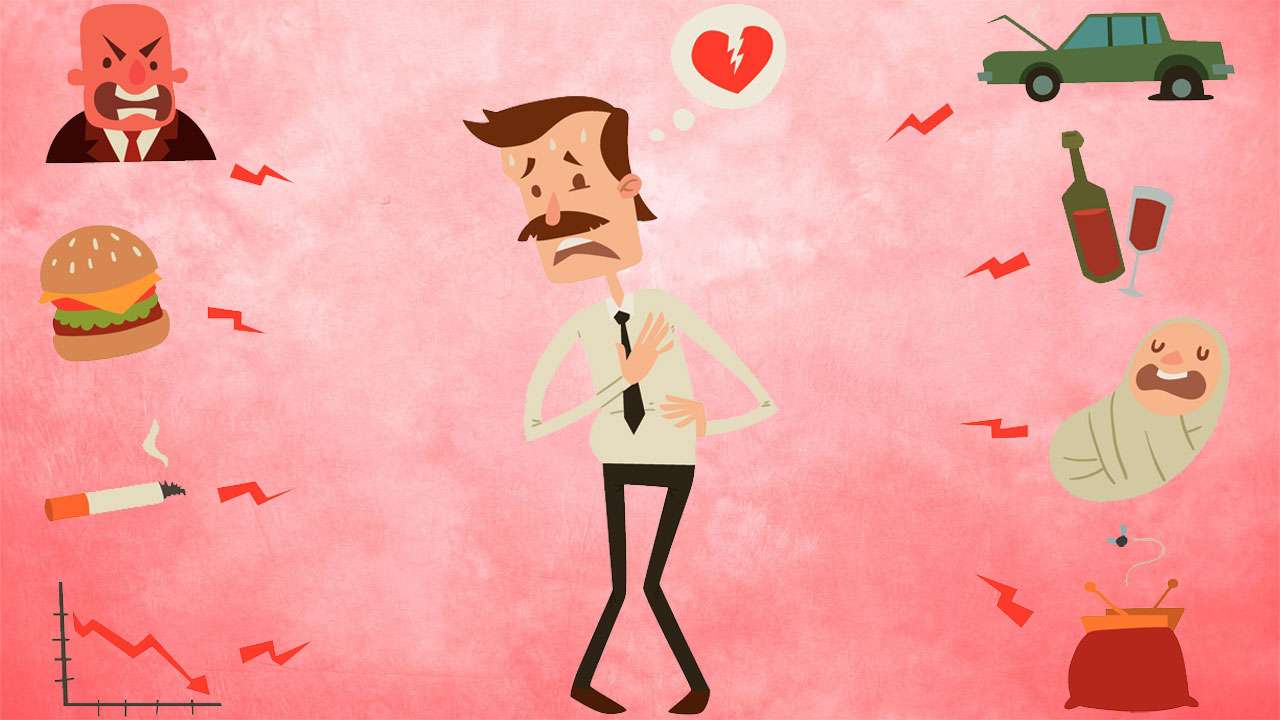 What’s a Heart Attack? Heart attacks happen when blood stops flowing to the heart causing damage to the muscle of the heart.

Heart attacks occur when blood flowing to the heart, which brings oxygen, is either completely or partially blocked as a result of narrowing of the arteries that are the avenues by which blood flows to the heart.

The buildup of fat cholesterol in addition to other substances aptly referred to as plaque block arterial pathways with a mixture of cholesterol, fatty substances, calcium, cellular waste products, and fibrin, which clots the blood.

There are many factors, which can lead up to a heart attack:

According To The American Heart Association: Heart disease remains the #1 cause of death in the United States, killing more than 370,000 people each year. In US, heart disease occurs in someone once every 42 seconds, and while death from heart disease fell by 38% from 2003 to 2013, the burden and risk factors are still alarmingly high.

Warning Signs of a Heart Attack: Most heart attacks don’t look anything like they show in movies. Sure, there are people who have had symptoms that come off as sudden and intense. 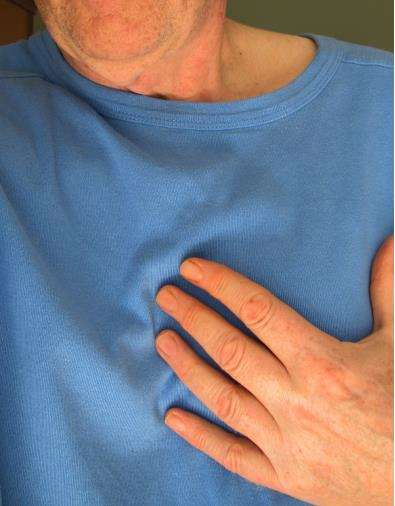 Still, the majority of people who have had a heart attack say the signs started of slowly, with only mild pain or a sense of discomfort.

Either way, being aware of the signs of a heart attack can save your life, or the life of someone you love. Heart attack symptoms differ among people; there is a diversity of symptoms among those who have had a heart attack.

Some of the better-known symptoms are pressure in one or both arms, chest pain or discomfort, and shortness of breath. Here are the symptoms of a heart attack in further detail.

Chest Discomfort: Chest discomfort that feels like a squeezing sensation is the most common symptom of a heart

attack in both men and women. However, it can take many different forms such as tightness in the chest, chest pains, a sense of fullness in the chest area, or a squeezing sensation. This discomfort usually lasts a few minutes. It may also go away completely then return and last for another few minutes. It can occur whether you’re sitting down, resting, or doing any type of physical activity.

Arm and Upper Back Pain: Another very common symptom of a heart attack is pain in the arm. This type of pain is more common to the left arm, but can also occur in the right arm as well. It usually starts as chest pain then spreads to the arms, sometimes even to the shoulder area. The pain can also spread to the wrists and fingers.

The upper back is another area to which the pain can spread. More often than not, this type of pain is described as occurring between the shoulder blades.

Jaw Pain, Toothache, Headache: Any type of pain that starts in the chest and starts

spreading to the arms, the neck, or jaw can be symptomatic of a heart attack. Some people also describe having tooth pains or headaches as symptoms prior to suffering from a heart attack. In addition, there are those who suffer from these pains without having any chest pains at all.

Discomfort In The Abdomen: The feeling of discomfort in the stomach area is usually described as one of heaviness than sharp or stabbing pain. It usually lasts for a few minutes. This symptom can be accompanied with or without pain in the chest area.

Nausea, Heartburn Or Indigestion: Feeling sick in your stomach is one of the lesser known symptoms of a heart attack, but it has been reported by many people. Sometimes belching, or burping, is accompanied by the nausea, along with a feeling of indigestion and heartburn. The nausea accompanying a heart attack can also cause vomiting at times.

Sudden Onset Of Fatigue: One of the most agreed upon symptom is one of feeling unwell in a general sense, like

coming down with the flu. Sometimes it can be a sense of being lightheaded, fainting, feeling a sense of anxiousness or panic.

Feeling unsteady suddenly or losing your balance, feeling winded after doing something that caused you no problems before while having chest discomfort could be a sign that your blood pressure has dropped because the heart isn’t pumping blood in the way that it should.

Swollen Feet And Ankles: When the heart isn’t pumping blood as fast as it should, this causes the blood to back in the veins. As a result, your lower extremities swell up. Another reason could be that with heart failure, the kidneys have a hard time getting rid of the extra sodium and water from the body which leads to a feeling of bloating and swelling of the feet and ankles.

Sweating: Some people have described their symptoms as though they’re breaking out in a cold sweat suddenly and for no apparent reason. This is one of the less common symptoms that can accompany a heart attack, especially if it happens along with other symptoms.

No Symptoms: Often occurring more in those with diabetes, having a “silent” heart attack occurs in one quarter of all cases. Usually people experience vague symptoms but they attribute these mild symptoms to stress or indigestion and don’t give it a second thought.

What To Do If You Have Any Signs: The first thing you should do if you have 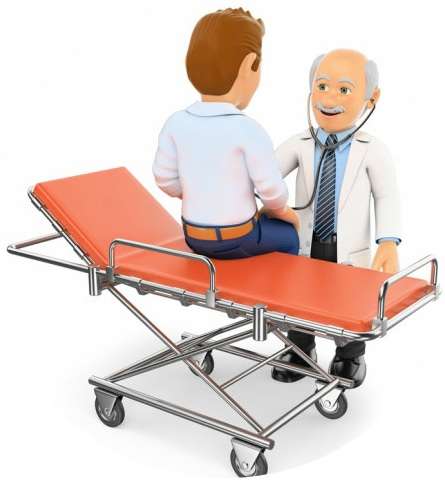 experienced any one of the above-mentioned symptoms is to talk to a medical expert about what your risks are when it comes to heart disease.

Early diagnosis and treatment is exceedingly important for averting any problems that can arise and lead to a reduction in the heart’s performance, or any extensive damage to the muscle itself.

After that, if you are noticing any or more of the symptoms mentioned above in you or in someone you know, doctors agree that you should get it checked out. Not everyone has the same symptoms, so even if you’re in doubt as to what the symptoms you’re suffering from mean, you should get it checked out anyway just to be safe. Even a person who has experienced a heart attack before may have different symptoms in a later episode.

In addition, you should make it a point to get regular checkups, especially if you’re over 60, are overweight, have high cholesterol or diabetes or high blood pressure. An American Heart Association representative, Vincent Bufalino, MD, says, “The more risk factors you have, the more you should be concerned about anything that might be heart-related.”

If you believe, you are having a heart attack it is critical to seek emergency medical care at the moment the symptoms occur.

What NOT To Do If You Have Any Signs: Don’t put off getting help. Women do this more than men do, but even if the symptoms aren’t 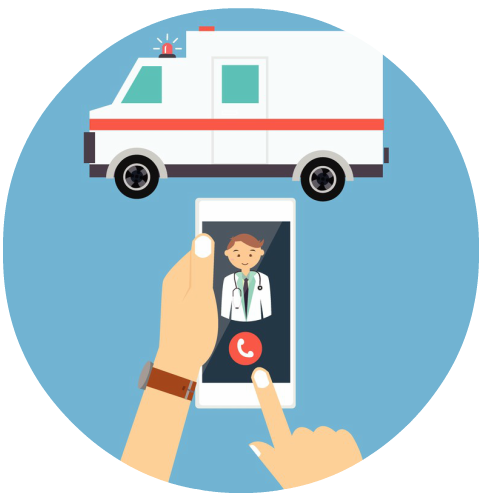 that bad or you convince yourself that they will pass, remember that early detection means early cure and better health for longer.

Don’t drive yourself to the hospital. You might hurt yourself or someone else. Therefore, the best thing you should do is wait for the ambulance to arrive. Don’t wait for friends or family to drive you. They may take too long and you might not get there in time, call an ambulance instead.

Final Thoughts: Many healthcare providers and medical experts agree that heart disease can be prevented. Here are some tips that can help keep you safe and minimize your chances of having a heart attack:

Regular Check-Ups: Schedule an appointment on a regular basis to get as much information as you can regarding your personal risk for heart disease.

Stop Smoking, Excessive Drinking and Drugs: Refraining from these harmful substances for one year can decrease your chances of coronary heart disease by half.

Start Exercising: You can exercise in a number of ways; pick the one that best suits your physical abilities, time constraints, family commitments etc. and stick with it. This can be simply walking for half an hour on a daily basis, swimming three times a week, or any other type of exercise that strengthens the cardiovascular system whose main component is, of course, the heart.

Modify Your Diet: The internet is chock full of ideas when it comes to cooking healthy recipes. It’s also very easy to tweak and modify recipes to match your preferences. There are also numerous books you can find at your local library or bookstore that have great recipes, ideas and tips on cooking healthy for you and your family.

There are many substitutions that cut calories without compromising any of the good taste. You’ll also find healthful snacking ideas and better ways to cook your meals without packing on the calories.