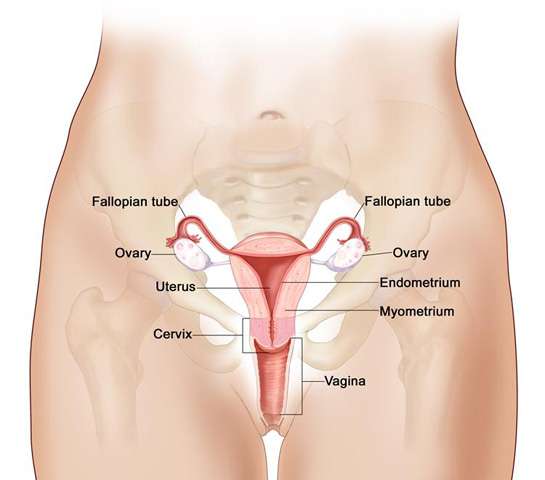 The pelvic inflammatory disease or PID is a sexually transmitted disease caused by Chlamydia and Gonorrhea among others. The PID infects the reproductive organs of a woman, starting from the vagina, and goes upward to the cervix, uterus, and fallopian tubes. They will also reach the woman’s ovaries, and can cause infertility and problems with pregnancy.

The pelvic inflammatory disease occurs when a woman’s vagina becomes infected with STD. The infection becomes PID when the bacteria travels upward from the vagina to the cervix, which is the opening towards the uterus, and into her reproductive organs.

There are many different STDs that can cause the pelvic inflammatory disease, but the most common are from Chlamydia and gonorrhea, which are BACTERIAL types of sexually transmitted diseases.

The women who are most at risk are those who are sexually active and aged under 25. The reason for this is that the cervix of teenage girls are not matured fully, which increases their susceptibility to sexually transmitted diseases that are linked to pelvic inflammatory disease.

Research and clinical studies have shown that douching may force the bacteria to travel to the upper reproductive organs of the woman. Medical statistics show that 10% to 15% of women with PID become infertile, especially if she experiences multiple pelvic inflammatory disease episodes.

Symptoms of the PID are vague, and most women do not attribute the mild abdominal pains they experience as a serious symptom. The other infections will include fever, pain during urinating, and pain during sexual intercourse. The vagina may also have a foul-smelling discharge. The foul smell is caused by bacterial infection in the vagina.

Since the symptoms of the pelvic inflammatory disease are often mild, it is very difficult to diagnose the condition. There are many cases of PID that are undetected because of the failure of the woman and her healthcare providers to accurately diagnose or recognize the symptoms of the disease.

One good way to detect the pelvic inflammatory disease is by use of a pelvic ultrasound procedure. The ultrasound can verify whether the fallopian tubes are enlarged or inflamed, and whether there are abscess present in the reproductive organs of the woman.

To confirm the diagnosis, sometimes a laparoscopy is needed. This is a surgical procedure that involves using a thin, rigid tube with a camera on the tip. this is inserted through the abdomen, and allows the doctors to see the condition of the woman’s reproductive organs.

Luckily, the pelvic inflammation disease is curable with the right kind of antibiotics. Your doctor will prescribe the best type of treatment and therapy with antibiotics for your pelvic infection. It is important to note that your antibiotic treatment will not reverse any effects or damage caused by the infection to your reproductive organs.

For this reason, it is paramount that a woman seek medical attention if she feels any kind of abdominal pain and foul smelling vaginal discharge. This will prevent damaging your reproductive organs. The risk of permanent damage like infertility grows higher with prolonged absence of medical treatment.

However, there is a challenge in prescribing the RIGHT kind of antibiotics for the pelvic inflammatory disease. That is why PID is commonly treated with a cocktail of antibiotics, which can be taken orally, or intravenously. The symptoms of PID will go away even before you are completely cured from the infection.

Even if the symptoms do not manifest themselves, a woman must still take the antibiotics to help the infection from coming back.  To decrease the risk of contracting the disease again, the womans partner must also be treated to minimize the risk of a relapse.

How to Prevent Pelvic Inflammatory Disease

Women can prevent the occurrence of the pelvic inflammatory disease by implementing procedures on how to prevent STDs safe sex, abstinence, and so on. If they do get an STD, they should get an early treatment before the STD infects their upper reproductive organs.

Latex condoms can greatly reduce the risk of transferring Chlamydia and gonorrhea when they are used properly and correctly. The Center for Disease Control recommends that sexually active adults especially women under the age of 25 undergo Chlamydia testing at least once a year.

One should also take note of any genital symptoms and seek medical assistance when they observe things like unusual sore, itchiness, discharge with foul odor, painful sexual intercourse and urination, and bleeding between cycles. These are some of the most common symptoms of STDs, and if a woman has any of these, she must seek immediate diagnosis and treatment.

Until all the sex partners have been cured, sexual intercourse SHOULD NOT RESUME. Seek treatment first.