Symptoms Of Syphilis – Prevention and Treatment 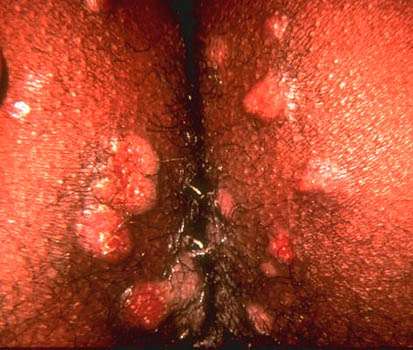 Believe it or not, syphilis has been around for centuries already as well as all other STDs like Chlamydia and gonorrhea.  This STD is transmitted from one person to another through a direct contact with a syphilis sore that usually occurs on the anus, external genitals, rectum or vaginal.  Syphilis sore can also surface on lips and mouth.

Aside from sexual activities, syphilis can also be inherited women who are pregnant with this STD can pass it on to their babies.  However, this STD cannot be transmitted by just merely having contact with bathtubs, doorknobs, eating utensils, hot tubs, shared clothing, swimming pools and toilet seats.

Syphilis is caused by a microscopic bacterial organism known as spirochete or scientifically known as Treponema pallidum.  This organism has a worm like, spiral-shaped appearance.  When viewed under a microscope, the spirochete will wiggle energetically.  The spirochete infects people by delving into the lining of the mouth or genitals, which are usually moist and covered with mucous.  Once the spirochete have burrowed itself to the area, it will generate an ulcer known as chancre, which is an ulcer characterized as a painless ulcer.

The risk also becomes greater if the person has an open sore or skin rash.  A person can get syphilis even through just a single sexual encounter.  The possibility of this occurrence is from 3% to 10%.  Once a person has this STD, the person has now more chance to get infected with HIV as this STD can cause sores on several areas, enabling the HIV infection to enter the body easily.

Most people with syphilis do not show any signs or symptoms for years.  Moreover, syphilis symptoms are usually indistinguishable from other diseases thus, this STD is commonly referred to as the great imitator.  More unfortunately, people who have this STD can get more complications if they are not treated right away.  Syphilis is divided into three stages, thus, there are different syphilis symptoms each stage.

The primary stage starts when chancre is formed.  A chancre commonly appears to be rigid, ring-shaped, small and painless.  Chancre usually forms anytime between 10 to 90 days from being infected and it will appear on the exact location wherein the spirochete entered the body.  If chancre is present, the persons syphilis is considered highly contagious.  A chancre can disappear after 3 to 6 weeks even without treatment.  However, the STD can progress to the second stage if no adequate treatment is administered.  Moreover, there are instances wherein there is more chancre that develops.

The secondary stage starts after weeks to months following the primary stage.  This stage usually last from four to six weeks and is considered to be the systemic phase of the STD being in the systemic stage means that the STD can now infect other organ systems of the body.  Different syphilis symptoms will occur during this stage; these include skin rash and mucous membrane lesions.

These rashes are usually red or reddish brown spots that are rough.  They appear on the pals of the hands and the bottoms of the feet.  However, there are instances that rashes appear differently and surface on other parts of the body.  Other syphilis symptoms are fatigue, fever, headaches, muscle aches, patchy hair loss, sore throat and weight loss.

Syphilis enters the latent stage when the syphilis symptoms from the primary and secondary stage disappear and can last from 20 to more years.  This stage starts when 10 to 20 years after the person acquired the STD.  During this stage, the STD may have already damaged the internal organs like the blood vessels, bones, brain, eyes, heart, joints and liver.

Other syphilis symptoms during this stage may include coordination problems on muscle movements, dementia, gradual blindness, numbness and paralysis.  However, if the syphilis is already serious, it can already lead to death.

The number one method to prevent syphilis is to abstain from any sexual activity not unless you are already in a long-term monogamous relationship with a partner who does not have multiple sexual partners or syphilis.  Avoid overdosing with alcohol and drugs as these can lead to risky sexual behavior.  It also helps to practice the proper use of latex condoms.

There are no specific treatments for syphilis as treatments may vary depending on the stage of the STD and its clinical manifestations.  Treatment is easier to administer if it is still during the primary stage.  Injection of penicillin is effective of curing a person with syphilis in just less than a year.  However, if the person is allergic to penicillin, the person can resort to other treatments like herbal treatments  Gokulakanta, Indian Pennyworth, Indian Mallow, and Poppy Seeds.