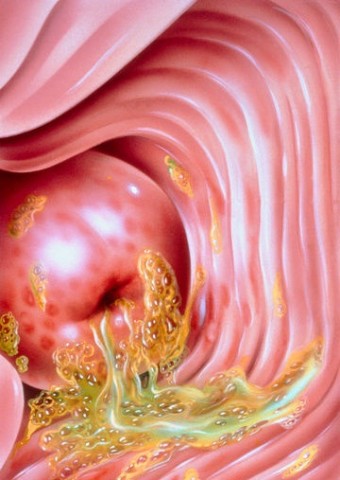 Visiting your gynecologist is not a pleasant experience but it is one of the things you must do to maintain the proper health of your lady parts. But if you have not been very careful in your activities of late, do not be surprised that your doctor will want to talk to you to tell you that, unfortunately, you have trichomoniasis.

Trichomoniasis, also referred to as “trich”, is a type of sexually transmitted disease and one of the leading causes of vaginitis. It is primary an infection of the urogenital tract and the infection site is in the urethra and the vagina in women. It is caused by a parasite that produces mechanical stress on the host cells which lead to their death; the parasite then ingests the cell fragments after cell death.

The cause for trichomoniasis is by a single-celled flagellated motile protozoan parasite called Trichomonas vaginalis. Its only reservoir is the human genital tract and there are approximately 174 million people in the world who are infected with this parasite every year. The parasite is not visible to the naked eye because its average size is 15mm. It has an incubation period of 5 to 28 days between exposure and infection; the reproduction of the parasites can happen every 8 to 12 hours.

Usually, this parasite is commonly found in women, but men can get infected too, especially if they have sexual contact with anyone who is infected with trichomoniasis. One possibility that it does not often occur in men is because of the zinc in the prostatic fluid which is harmful to the parasite.

Usually, it is only women who experience trichomoniasis symptoms because they are the ones who are usually infected with this disease. Symptoms of trichomoniasis in women typically appear after 5 to 28 days after exposure and can worsen during menstruation. These include the following:

Some women (up to one-third of infected women) do not experience any symptoms at all. Other specialists say that women can have trichomoniasis for years and not know it because they do not exhibit any symptoms and their tests have yielded negative results.

There are certain risk factors which increases the chance of getting this disease. These include having been previously diagnosed with trichomoniasis, having a history of other sexually transmitted diseases, and having multiple sexual partners.

To diagnose if a woman is infected with trichomoniasis, the gynecologist collects a specimen during a pelvic examination. This is done by inserting a speculum in the vagina and using a cotton-tipped applicator to collect a sample. The sample is put on a microscopic slide and is analyzed in the laboratory by looking for trichomonads using a microscope. Red ulcerations on the cervix and the vaginal wall may be revealed during the pelvic exam.

When a woman is diagnoses with having this disease, the gynecologist will usually test for other sexually transmitted diseases such as syphilis, Chlamydia, and gonorrhea as well.

This is one of the most prevalent sexually transmitted disease in the United States which affects 7.4 million unaffected Americans every year. There are several ways a woman can prevent from catching trichomoniasis.

Trichomoniasis is usually treated with antibiotics. Antibiotics such as metronidazole is given to non-pregnant women and the doctor can prescribe a large single dose or a longer term treatment but this will increase the risk of having side effects such as nausea and vomiting. Drinking alcohol after taking metronidazole is strongly discouraged because it can cause severe nausea and vomiting.

For pregnant women who are in their first trimester, the antibiotic clotrimazole is given instead. This is inserted in the vagina during the evening for 14 days.  Keep in mind that this antibiotic will only decrease the symptoms; oral antibiotics are more effective.

It is important for your sexual partner to be treated for this disease as well, even if he is not showing any symptoms. This is to prevent the recurrence of the disease. While being treated, both of you should not have sex until the treatment is completed.

Some women choose to treat themselves at home with the use of a vaginal douche once a day. To make it more effective, they add the juice of one lemon, vinegar, or use a live-culture yogurt douche. Some women also use the oil of bergamot to dry up the discharge; this can be added to the douche or the bath water as well.

This disease is not fatal but it can lead to serious complications, especially if the woman is pregnant:

Now that you have an idea of what this trichomoniasis disease is, you must be careful so you will not get this disease, and if you have been infected but are now cured, you have learned a great lesson. However, if you think you are experiencing the symptoms of this trichomoniasis, you should consult with your gynecologist immediately and seek medical treatment.